Programming for Non-Programmers: How to Land in This High-Paying Career

Tired of your current job? Want to become one of the elite masters of the universe? You can! What do Bill Gates, Mark Zuckerberg and tech entrepreneur Jeff Bezos have in common besides billions of dollars and a ridiculous fashion sense? All of them know how to program. They understand the process of creating computer programs that can accomplish specific tasks. If you learn how to program, you might not end up a celebrity billionaire like those guys, but you will join an elite group of people who understand the language of the computer systems that we’ve all come to cherish and count on and that help run our modern world. Your laptop, I-phone, I-pad and even your car all rely on programming. 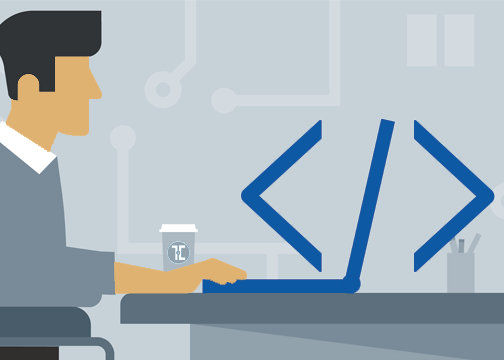 Computer programs allow us to do amazing things that were once thought to be science fiction such as allowing space probes to search for life on other planets. By becoming proficient in programming, you’ll become a member of a select club because you will know how to create computer systems and command them to do your bidding. You would be a real master of the universe since, today, computers are involved in all aspects of our lives.

You might be thinking, “but programmers are super-nerds, I’m not smart enough to learn that.” Don’t sell yourself short! The world of programming may seem intimidating but with hard work and some solid direction, you may be surprised at how much you can accomplish. Michael Jordan got cut from the basketball team in high school, Oprah got fired from her first news anchor position, Steven Spielberg was rejected from film school—that didn’t stop them because they had determination. You can learn to program if you set your mind to it.

Here are some tips on how a non-programmer can get in the game and become a skilled programmer:

Steve Jobs once said, “Everybody in this country should learn to program a computer, because it teaches you how to think.” If you want to be a programmer, the first step is to learn how to do some simple computer coding. Code is like the language a computer speaks. It is how we command computers to do what we want them to do. Snapchat, Facebook, Twitter, the website you’re reading right this second and any phone app or website runs on code. Anyone can learn some coding for free online with sites such as Khan Academy and Code.org. Many prominent people such as former President Obama and Bill Gates have urged young people to learn code because it is the language used to produce incredible technology and the path to a better future for those who learn it.

The Tech industry is on a roll. There has never been a better time to get into it. Programming jobs are in high demand and tend to pay very well. Forget stuffy office cultures, tech jobs are known for fun, innovative work environments. There are thousands of jobs in tech that are going unfilled because there simply are not enough people with the necessary skills. If you learn a specific, in-demand tech skill, you’ll have companies begging you to work for them. Seek out a potential career path in programming and then learn the skills you’ll need to make it your future.

While learning some code can potentially benefit everyone, you’ll need a more in-depth background if you want a job as a computer programmer. Look into different programs of study that will help you acquire the skills you need to land your dream job. Even if your undergraduate major had nothing to do with tech, Touro Graduate School of Technology can make you a programming master. The school has trained countless successful tech workers who are currently employed at some of the world’s largest companies. Many of them had undergraduate majors that were completely unrelated to tech.

Check out the Touro Graduate School of Technology website and come visit us at one of our open house events. You’ll learn why New York City’s Touro College was recently ranked the number one value college by Money Magazine.

You have the tips and we have the education you need launch a career as a programmer. Get started today!